Here is an original WWII 99th Infantry Division flag. Like many of its brothers, it flew in the breeze and storms, from Camp Van Dorn, Mississippi to Bavaria, Germany. 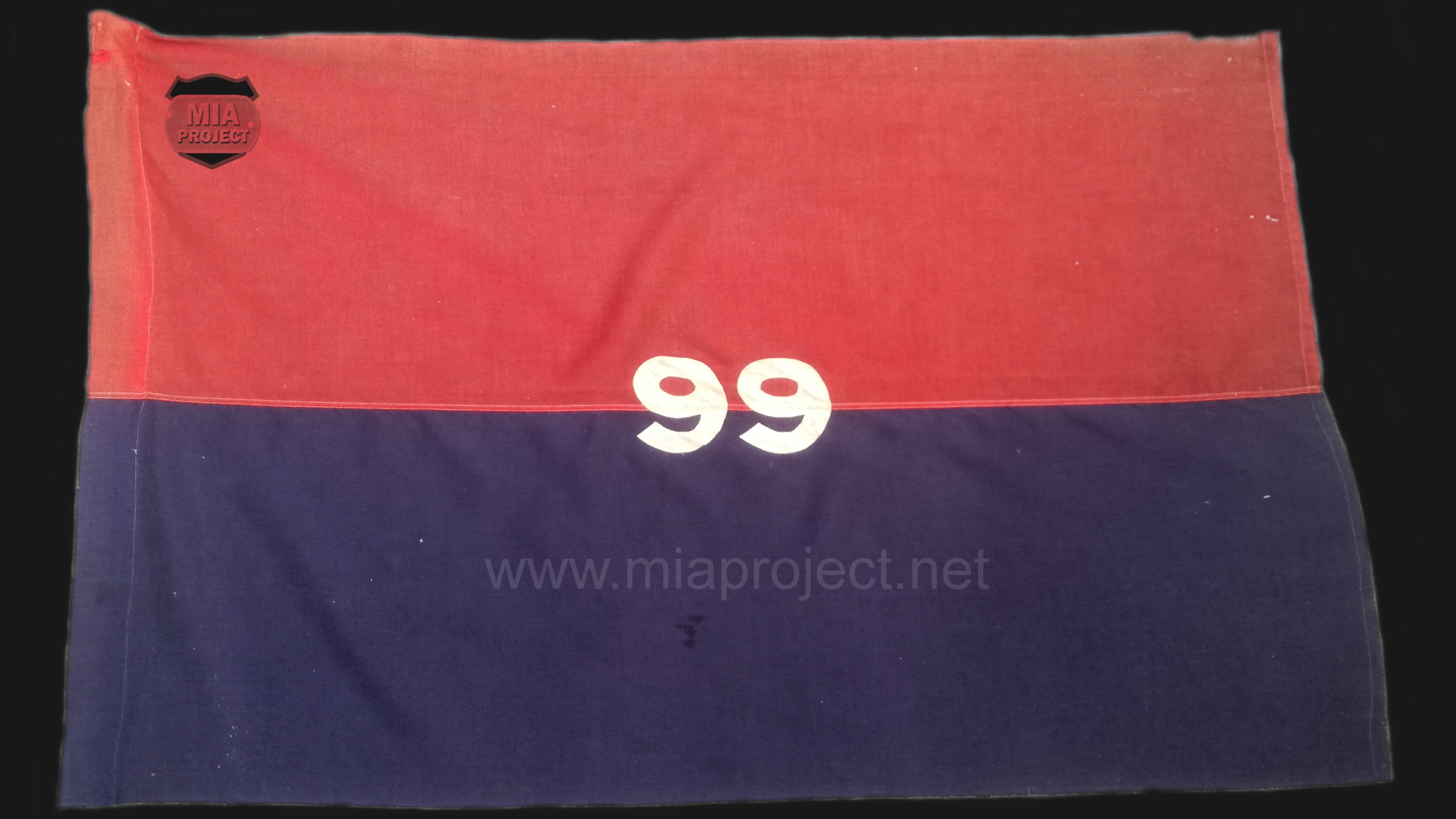 This one specifically flew at the 393rd Infantry Regiment headquarters. During a mild and quiet Summer night of 1945, it was taken down its mast, shoved in a jacket and generated the largest post war investigation within the 99th Division. Here is the story.

In June of 1945, the 393rd Infantry Regiment was quartered in the vicinity of Lohr, Germany. After VE Day, the regiment was in occupation duty, waiting for new assignments.  The 99th Division was about to be shipped back home for deactivation. There was a large rotation of men. Those with enough points to be discharged remained with the division, the “low pointers” were transferred daily to other units, either to remain in Germany for occupation duty or to be transferred to the Pacific Theatre of Operations. This turnover represented an important administrative charge for clerks and headquarters personnel.

“ … After I was slightly wounded by shrapnels on April 17, 1945, I came back to the regiment and resumed my daily clerk activities …” remembers John Everhart of Altoona, PA. John was with the regiment since the early days at Camp Maxey and participated to all the major battles where the 393rd Infantry was engaged. “… at the Headquarters, I rarely was involved in combat actions. At war’s end, many of my friends were going back home with war trophies. Of course I could get German flags or other souvenirs but none I had found or liberated myself. One day, looking at the 99th flag waving in the wind over our headquarters, it became clear to me that this flag represented all my pride and service to the war effort, and was a lot more meaningful than any other German memorabilia…”

One night John removed the flag from the mast, after all there were certainly others available at the division and taking his own flag couldn’t be considered as a theft. 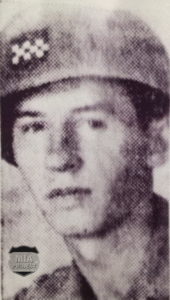 “ … The next morning during the daily roll call, our Company Commander chewed us up bitterly. He was furious but promised to forget the incident, and the perpetrator, if the flag was returned within the day. This didn’t really impact the company and rather became a running joke. The flag was safe and sound at the bottom of my barrack bag but I felt uncomfortable though.

The following day, the joke fell flat as we had a special guest at the roll call. The Regiment Commander. He lectured the company and informed us that, as he was talking, MP’s were searching our bunks. I almost passed out…”

After the roll call, everyone ran to his bunk, pestering at the guy who stole the flag and promising a punishment at the measure of the insult. Fortunately for John, he was quartered in a nearby building and he was able to reach his bag before the MP’s.

“… In complete panic, I had to find a solution …” continued John “… and the only one I found was to wrap the flag around my belly and put my shirt back on. This was extremely scratchy, the material was irritating my skin and the hot day didn’t help. I found myself in a very uncomfortable position. I couldn’t return the flag and expose myself at the view of the entire company as the robber. After the MP’s quit, the stress faded a bit but not the feeling of culpability. I thought of leaving the flag somewhere where someone would find it but I was too scared to be seen… »

However, the story had not reached its closure. The next morning at the roll call, since the flag had not re appeared, Captain Driscoll notified the company that all leaves were cancelled for one week. Many men had “fraternized” with local girls and were furious.

“… I was trapped in my own stupid souvenir hunt. I was squeezed between an infuriated company and the fact that I could no longer anonymously return the flag. My punishment was to wear the flag all day long around my belly for several days until the hunt died down. I was finally transferred and later came back home. Given all the stress and discomfort, the flag had become a trophy rather than a souvenir …”

For decades, John never talked about the flag until he visited Altoona resident Joseph E. Keirn in the late 1990’s. Joe is a retired CSM of the 99th Army Reserve Command, a Reserve Army unit wearing the 99th patch and keeping the traditions of the Battle Babies. Twice a month, Joe used to invite all WWII veterans of the Altoona area for a free beer evening and a friendly get together. As Altoona resident, John Everhart attended frequently. One day, he came up with the flag and told the story. John gave the flag to Joe Keirn and told him to keep the name and the story untold until he would pass away.

John passed away in 2002 and Joe Keirn offered the flag, and the story, to the MIA Project collection.