The 99th Division MIA Project is the creation of Dick Byers and Bill Warnock. After the accidental discovery of PFC Alphonse Sito’s grave by Belgian searchers Jean-Philippe Speder and Jean-Louis Seel in 1988, Byers and Warnock concluded that a deliberate search for missing servicemen might yield results.

The two Belgians and two Americans had known each other for several years. Byers was a combat veteran of the 99th, Warnock a military historian, and the two Belgians knew the battlefield in detail. The 99th Infantry Division Association and its 3,500 veterans represented a source of eyewitness information that would be crucial for success.

Warnock compiled a list of thirty-four missing 99th Division soldiers. Byers published the list in the Checkerboard, the 99th Division Association newspaper. He asked for information regarding the missing men. The response was overwhelming; a flood of mail arrived on Byers’ desk. The 99th Division MIA Project was born.

Almost a quarter century later, the results have exceeded everyone’s expectations. Our experiences are shared on this website. The search today extends beyond the 99th Division and encompasses sister units as well as Army Air Force casualties. All the 99th veterans who joined our team are now deceased, but their memory lives on as does their desire for a full accounting of all missing servicemen. 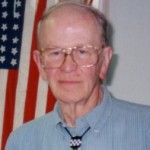 Co-founder of the 99th MIA Project and former forward observer with the 371st Field Artillery Battalion, Dick Byers was an active member of the 99th Infantry Division Association. After the accidental discovery of the first 99th Division MIA, he was the first to embrace Bill Warnock’s idea of an organized search for missing servicemen. In 1990 Byers became our team leader and spokesman until his death.

Co-founder of the 99th MIA Project, Bill Warnock enlisted in the U.S. Air Force in 1984 and served at Spangdahlem Air Base , Germany. The close proximity of the Belgian border enabled him to make countless trips to the Battle of the Bulge area. Afterward, while attending Ohio State University, he met Dick Byers. The two Ohio natives became friends and colleagues. Warnock is our chief researcher and team historian. 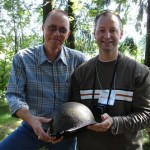 The two Belgians grew up hearing war stories of family members who lived through the dark years of World War II. Speder was a history buff and collected military memorabilia. He spent his weekends digging up battlefield artifacts for his collection. Friend and classmate Jean Louis Seel also loved searching for vestiges of the war. The two soon teamed up. As time passed, they gained experience and became familiar with the Battle of the Bulge battlefields in the north-shoulder area. The turning point came for them in 1980 with the discovery of an American dog tag, the first of many they would find. Their search efforts shifted from rusty, anonymous pieces of military equipment to artifacts identified to specific individuals. The human connection had a strong impact on the two Belgians. They now focused on history and the men who made it, often returning identified artifacts to their original owners or surviving family members. The veterans of the 99th Infantry Division Association “adopted” Seel and Speder and nicknamed them “The Diggers.”

Combat veteran of Company C, 395th Infantry with one Bronze Star and three Purple Hearts, Vern was immediately enthusiastic about the project. His company had five missing men. One of them was his foxhole buddy, Jack Beckwith. Vern was an eyewitness to his death on “88 Hill.” Vern made numerous trips to Belgium in support of the search effort. After Dick Byers passed away, Vern became our team leader. He died of a heart attack at his cabin in Canada on June 25, 2006.

Oklahoma Panhandle native, « Whit » was a combat veteran and Silver Star recipient. He and Swanson were longtime friends and served in the same company. He too had vivid recollections of the attack on 88 Hill and the dead soldiers left behind there. He accompanied Swanson on every trip to Belgium. He died in Richardson, Texas.

Utah resident and active member of the 99th Division Association, Rex Whitehead saw combat with Company H, 394th Infantry. While in the ASTP, he had developed a friendship with Stan Larson, and both men were transferred to Company H, Whitehead with the 81-mm mortars and Larson with the heavy machine guns. Larson was reported MIA during the Battle of the Bulge. Sharp minded and always anxious to help, Rex gathered crucial information from his company buddies. This led to the recovery of Larson’s remains and those of two other soldiers. He died in Logan , Utah.

Marc possessed years of battlefield experience similar to Seel and Speder and shared the same motivation, a desire to not only recover artifacts but to research and document the history behind them. He and his friend Jean Luc Menestrey joined the MIA Project in 1994 and became part of “The Diggers.” Marique would be the one who turned Rex Whitehead’s information gathering into tangible results. In 2011, Menestrey ceased his collaboration with the team to focus on family projects.

The Dutch native joined the team in January 2018. His passion for History and the Battle of the Bulge started 10 years earlier on the battlefield with the discovery of a named pair of shoes and a canteen. The search for the former owners resulted in many new friendships and moving meetings with family members when he returned the artifacts. It also triggered his interest in the human side of the battle. Over the following years, interviews of US and German veterans, reports analysis and repeated visits to the North Shoulder refined his knowledge. In 2016, Eric entered the search for MIA’s in assisting History Flight and MIA Project members on the recovery site of 2nd Lt Charles E. Carlson. 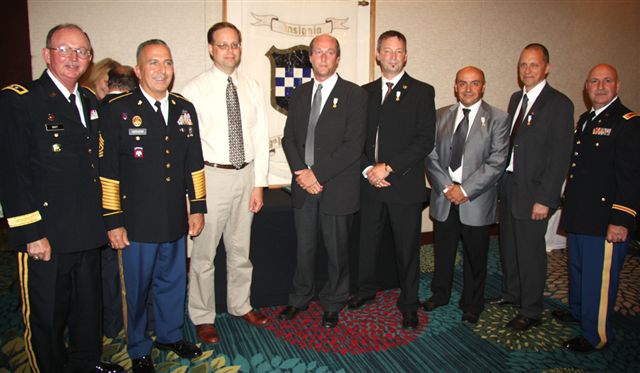