Far from the fake glory of war games, much beyond the so called truth of reenactments, more than the-way-it-was of recent WWII series, this section brings you into the everyday life of the front line soldier during fierce battles on the north shoulder of the Battle of the Bulge. A melting pot of fears, doubts, hopes and a strong will of survival. Where terrible winter conditions exacerbated physical misery, tomorrow was a far future, comradeship a life buoy, being warm and dry an utmost luxury.

As Harry Arnold, combat veteran with the 99th Infantry Division, put it in his war diary:

“… After combat, every day of life is a bonus”. 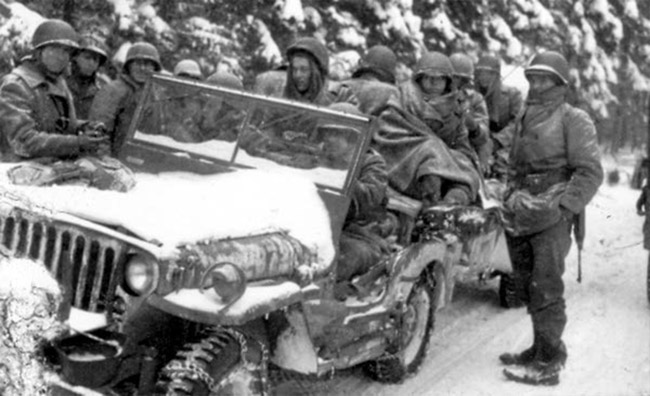