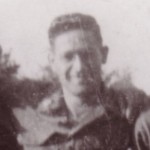 “… I was in my foxhole on the [Elsenborn] Ridge when a visiting MP officer asked me if I’d volunteer for an unspecified detail. Too happy to abandon the constant monotony, I agreed.  I soon found myself in a truck with other MP’s and a group of infantrymen. It was forbidden to exchange any information regarding our names and units. Upon arriving at Henri Chapelle, we were sworn in as military policemen and issued MP helmets and brassards. Then an MP officer informed us that we were to execute three Germans captured in US uniforms. I learned since they were Wilhelm Schmidt, Manfred Pernass and Günther Billing captured at a road block, subsequently tried and convicted as spies. An officer pinned paper targets on the chests of the three Germans but I decided to aim for the head to make sure he’d die instantly. After the chaplain talked to the Germans, an MP Captain gave us the order to raise our rifles and I took aim waiting for the firing order. When it came, I squeezed the trigger. We marched out and passed in front of the three dead Germans. I gave a quick look and saw that it was over for him. I handed the MP helmet and brassard and was trucked back to the front …” 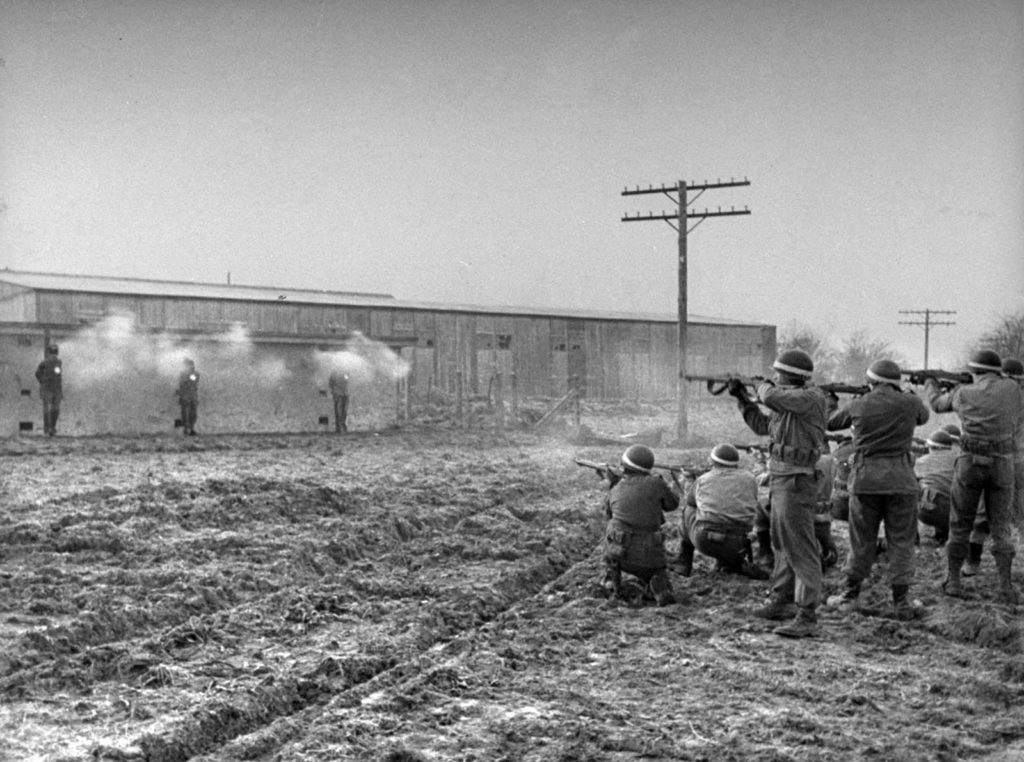