Dick Byers was S/Sgt and artillery observer during the Battle of the Bulge. In January 1945, he received a battlefield commission as a 2nd Lieutenant. 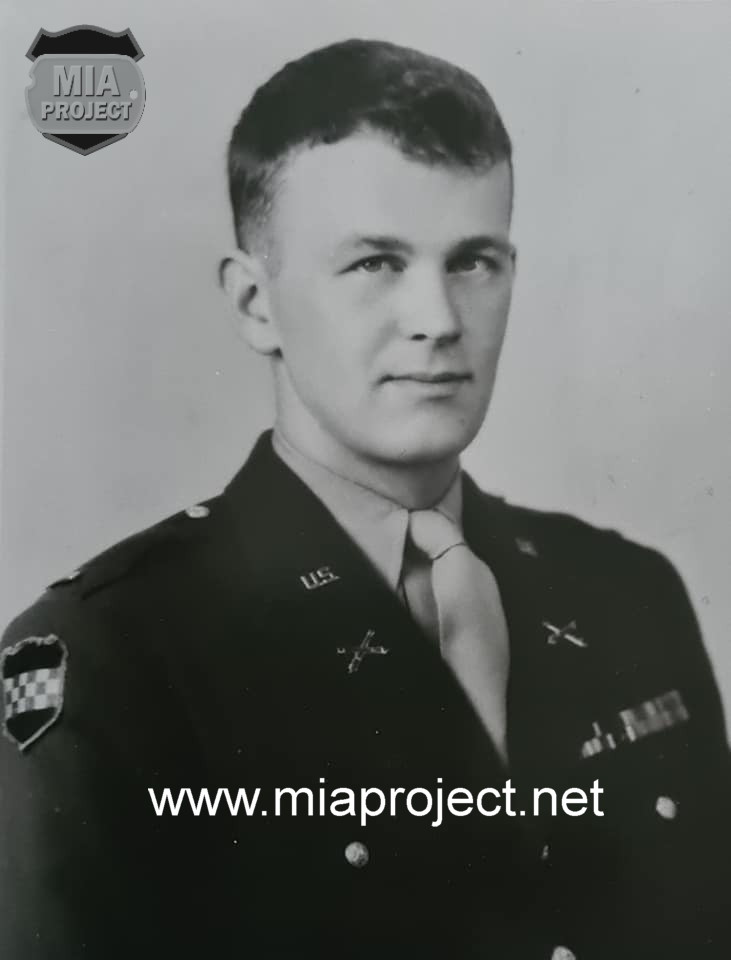 “…On February 5, 1945, after about a week after my battlefield commission, I was given what we were told was a really soft mission… »  After a short rest after the Battle of the Bulge, the 99th Division was on the move again and was relieving the 82nd Airborne Division near Scheid, just over the German border by Losheim. That day, Dick Byers mission was to occupy a bunker in the Siegfried Line fortifications for two or three days while more mopping up operations were going on. Byers continued « … As we drove to take over the OP, there were five in my jeep; Giuseppe (Joe) Santirocco, my driver and me in the front seats, Captain Christman on an ammo box between our seats, visiting for the day from Hq. Battery, and Charles Marksheffel, my radio operator in the right rear seat. We left the main road just after passing Losheimergraben … We checked in at 2nd Bn. Hq. and headed up a long, narrow trail through the dense forest. Along the way we picked up a hitchhiking 394th infantryman, PFC Abraham Sams, who was struggling through the snow lugging an officer’s bedroll. He climbed aboard and rode with his legs hanging out over the left rear wheel. After a half-hour of slipping and fishtailing through the snow in four-wheel drive, we had gone about two miles. We’d almost reached the point … where we would leave the jeep parked and continue on foot because the trail passed through a clearing under German observation and fire.

The jeep fishtailed, the wheels left the rut and the left rear wheel ran over a land mine. With a stunning explosion, it blew the rear end of the jeep straight up in the air. Abraham Sams flew up in the air and came down in the mine crater. He soon died from the shock of his mangled legs. My driver, Joe Santirocco, was blown straight forward in front of the jeep and died within minutes from internal injuries. My radio operator, Charles Marksheffel, was blown out to the side of the road and broke his back against a tree. I landed face down sideways, directly in front of the jeep. The jeep flipped up on its front bumper and hesitated before crashing upside-down on top of Capt. Christman and me.

I lay stunned, barely aware of what had happened. Out of the corner of my eye,  I saw the jeep teeter and start to fall. My mind sharpened instantly. The common belief is that your whole life goes before your face in the seconds, it took that mass of metal to fall. The ridiculous thought that flashed through my mind was, « Christ, I hope it doesn’t tear my trench coat! » This was followed by a flood of relief that the crash was over and I was still alive. The top right side of the jeep knifed deep into the snow but the cut-out in the side by the front seat was neatly arched over the small of my back. Six inches either way and my spine would have been crushed! In spite of my legs being tangled with Capt. Christman’s, the crushed steering wheel and the shift levers, I dug myself out on my elbows and staggered to my feet. There was another B Battery jeep following us and as it came around the bend into sight I yelled to Lt. Tom Porter for help to lift the jeep off of Capt. Christman. We all heaved on the left side and raised it enough to pull the captain out. At this point, I Iost my head. Instead of sending one of them for the medics, I took off myself at a limping run toward the clearing. As I rounded the curve I looked across a small logged-over valley and could see smoke rising out of  dugout on the other side. I stood bellowing through cupped hands for the medics with no response from the dugout. Something stirred just off the road in the underbrush. Looking down, I saw a soldier sitting in his hole looking up at me with his mouth open. That is when I gave my first and last combat order — « Get your ass out of that hole! Go over and get the medics back here, quick! »

Two 82nd Airborne medics came and gave what little first aid they could while we waited for a tracked weasel to come in off the highway to evacuate us. I was still on my feet but with a lot of pain in my groin. The other four were lying on the trail in various stages of pain and consciousness. While waiting for the weasel, Santirocco asked Lt. Porter to lift him up because he couldn’t breathe. Then he died.

A lone infantryman carrying his rifle at port came plodding around the bend from the front, following a single Waffen SS prisoner with his hands clasped behind his head. As the SS  man threaded his way through the four wounded men lying there, he got just the hint of  smirk on his face. One of the Airborne medics, sitting on a log beside the trail, saw it. He glanced at the infantryman and very quietly said, « Shoot the son-of-a-bitch! » The infantryman just looked away and kept plodding to the rear. About 10 minutes later he came trudging back alone. No words were exchanged but we aIl knew there was no way he could have taken his prisoner back to Battalion Headquarters through the deep snow and returned in such a short time. Some time later a young lieutenant in a jeep came looking for him, but nobody had seen a thing.

The captain was in shock and sometimes delirious. He had a newly hand-made handtooled Belgian leather shoulder holster for his .45 pistol. All he could think of was making certain nobody got their hands on it while he was in the hospital. He entrusted this hoister, the pistol and his new 7×50 binoculars to me for safekeeping just before the first weasel took him and Marksheffel back to the battalion aid station. Later Christman and Marksheffel were sent back to the United States to recover from their injuries. Both spent almost two years in the hospital.

The 82nd medics had been through a lot of combat so they set the priority of evacuating the wounded by the principles of triage. The first weasel carried the two who were badly wounded but could be saved by prompt medical attention. The second weasel held the dead or dying whom nothing could help and the lightly wounded who didn’t need immediate help.

As soon as the captain left in the first weasel the medics started pestering me for the pistol and holster. They kept assuring me that the war was over as far as I was concerned. I believed that I was simply suffering from the concussion and the pain in my crotch was just from the upward shock of the explosion. A few days rest and I would be back in action so I kept telling them, « Forget it. I’ll be back in a couple of days. »

The second weasel came with a two-wheel trailer attached. The medics put the infantryman’s and Santirocco’s bodies in the weasel which rode on top of the snow and me in the trailer. On the way back, now knowing the trail was mined, I tried to levitate myself one inch above the floor and never take a deep breath to keep my weight down. Months later, in the hospital I met an engineer who had cleared that trail. He told me they found six more German mines between the remains of our jeep and battalion headquarters. We had passed over them twice without exploding them. My technique must have worked!