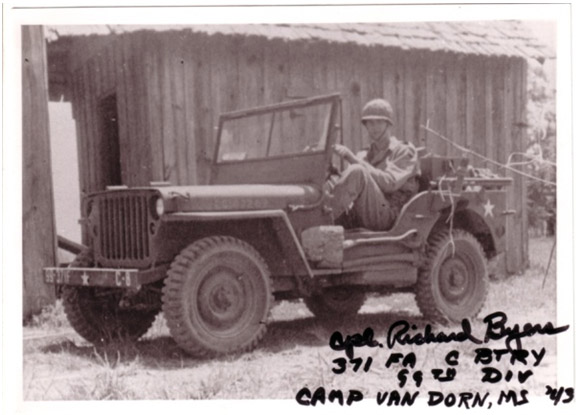 “… Recently it was my unhappy lot and duty to arise at 05:30 in the Godawful morning …and struggle 300 yards through three foot snow against a hurricane wind blowing stinging sleet, then sit four hours in a snow filled hole while the wind covered me quickly and completely with a three inch layer of snow. Miller, my radio operator, and I started at six in the worst storm that I had ever seen. We became lost three times and had to start over again, gaining no more than 50 yards each time. Finally we called for a guide to come down from the OP and lead us up. By sheer luck we met him and he led us back when he became lost. We wandered in the blizzard within 25 yards of the hole for half an hour before his partner happened to see us and yelled us in…

… I had diarrhea for the next 24 hours, but diarrhea in a dugout in the middle of the blizzard is a real experience. It involves crawling to the entrance of the foxhole, stripping off your overcoat, unzipping your field jacket, then opening two pairs of fatigue pants, one pair of wool pants and one pair of long johns, dashing up the stairs out into a wind blowing heavy snow parallel to the ground, turning your back to said wind and squatting. No matter how fast you were, you still wound up with three inches of snow plastered to your bare bottom. Then back into the hole to try to get it all dried out before reassembling your clothing. At which time it’s time to make the next trip outside.”