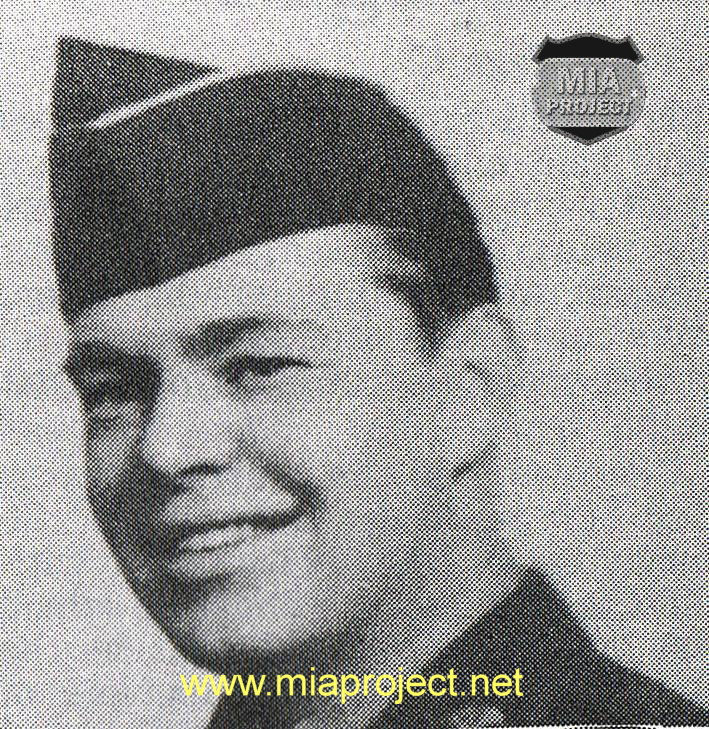 “… I enlisted in the Army in June of 1943 at age 17. After infantry basic training, I qualified to go to the ASTP and joined Baylor University in Waco, Texas to get an engineering degree. The ASTP was a government program whose purpose was to insure a supply of graduate engineers after the war ended. By February 1944, the US could see the war was drawing to an end and they needed riflemen for the European campaign, so they closed the program and about 120.000 of us were sent to infantry.

I trained and fought as first scout with Company B, 394th Infantry Regiment, 99th Infantry Division from March of 1944 until December 16, 1944. We moved into the Ardennes on November 11, 1944 and until December 16, our sector was comparatively quiet but a lot of patrols and relatively small fire fights.

On December 16, 1944, when the Germans attacked, I was a shallow foxhole with the assistant squad leader, Sgt Davidson. The time of the day is confusing to me but it was daylight. After a heavy concentration of artillery, we saw the Germans coming at us and we had some fighting. We were in a dense forest and the field of fire was very limited. I was trying to get Germans as they were passing between trees and I still wonder of I got any. The small arms fire was very heavy and our foxhole was hit by MG bursts. I was hit slightly in the arm and I saw Davidson falling down. When I looked at him, I saw he was dead. I then looked back at the Germans,  the last thing I remember was a German soldier aiming in my direction with a small bazooka (note: more likely a Panzerfaust), I was knocked unconscious by the explosion. When I regained consciousness, it was getting dark. There were some dead bodies around that I could see. I was bleeding from the eyes, nose and ears, my left arm was bleeding a lot more and my leg hardly at all. Dave’s body was outside the hole and a German soldier was with me. He was badly wounded in the chest and stomach and in bad shape. 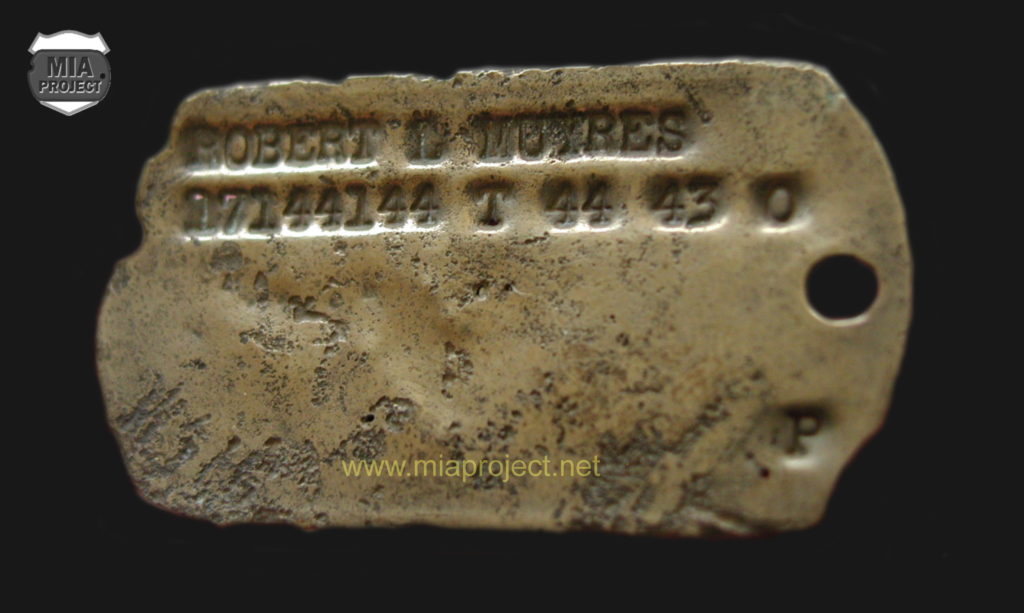 Bob Muyres dog tag recovered at the site where he was wounded.

By now the fighting was far away from us, I could barely hear it. Neither of us could move, my leg was broken and he was almost dead. We stayed there that night, the next day and night and the following morning four German paratroopers (I could tell from their uniforms) found us. They took the German and indicated they would be back for me. I think the German died because after no more than twenty minutes, they came back to get me. They carried me a long ways through the woods. Artillery had knocked most of the trees down, the snow was deep and the “ride” was very painful. I fell off the litter several times. We finally arrived at a German aid station where they were many wounded, mostly Germans but also three or four Americans that were not from the 99th but from the 106th. Somewhere along the line I became a prisoner of war.

I still feel today what those four German paratroopers did was outstanding. It was a horrible trip through the destroyed woods and two of them were wounded. If the situation were reversed I wonder if I would have done the same – I hope so.”

After the first collecting station, Bob Muyres went back through the German evacuation system and spent the next four months in different hospitals. He was liberated on April 9, 1945 from a hospital in Olpe and transferred to the US where he spent another ten months in various hospitals. He was finally discharged on February 14, 1946.

After the war, he kept in touch with the German doctor, Erich, and the nurse, Sr Ludwinia, a Catholic nun who took care of him in Olpe. Bob made several trips to Germany to visit them and they eventually became friends. Bob named his son Erich for the doctor and his daughter Ludwinia for the nun.

Robert Lewis Mures passed away on December 26, 1991 at age 66. He is buried at Fort Snelling National Cemetery, Minneapolis, Minnessota.