German infantry attacks had been underway for about three hours all along the frontline of the 393rd Infantry. The 1st Battalion commanded by Major Matthew L. Legler was barely holding its ground. The twenty-eight-year-old West Point graduate had to contend with difficult terrain and had only two rifle companies on line. Company B was dug in along the so-called “International Highway” and faced east toward the West Wall defenses. Immediately to the south, C Company held positions on both sides of the highway but in a heavily forested sector offering limited fields of fire. Company A was in reserve.

The German preparatory artillery barrage had dealt little damage to both frontline companies but the ensuing infantry assault overwhelmed two platoons of Company C. The reserve company had already been ordered to assist Company B and Major Legler requested help from regiment. The general situation on the whole front was chaotic. The only available reinforcement consisted of the Antitank Mine platoon from the regimental Anti Tank Company. Led by First Lieutenant Harry C. Parker, the Mine platoon arrived at the 1st Battalion command post at about 10:30. Legler and his Operation Officer, Capt Lawrence Duffin, quickly informed Parker of the general situation and ordered him to help restore the line in Company C’s sector. Duffin augmented Parker’s force with men from the 1st Battalion’s Ammunition and Pioneer platoon, as well as a handful of cook, clerks and runners. 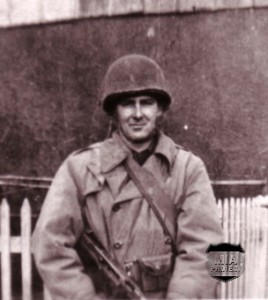 Parker and his little force moved up the main supply road toward the International Highway. Upon reaching the highway and taking advantage of the dense forest, the force crept to the immediate vicinity of the first German troops. Parker ordered his men to fix bayonets.  In unison, they charged the enemy, yelling as if they were hundreds. Completely surprised, the Germans fell back several hundred yards in complete disorder. Those who didn’t move fast enough were unmercifully bayoneted.  The bayonet charge relieved the enemy pressure and allowed Company C to reorganize. This charge was unique in the 99th Division history. Lt Parker received a Silver Star for this action.

Today, one soldier from Company C is still missing, and the main supply road leading to that area was often used and searched by MIA Project members. On a rainy day in November 1994, exactly where the bayonet charge occurred, a set of dog tags surfaced along with remnants of a musette bag. The name on the tags rang a bell to Jean-Louis Seel. It was Harry C. Parker. 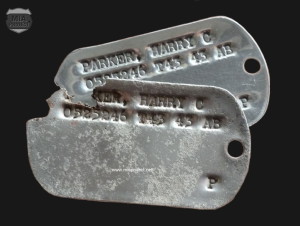 The young lieutenant had survived the war and lived in Florida. Contact was easily established because he was member of the 99th Infantry Division Association.