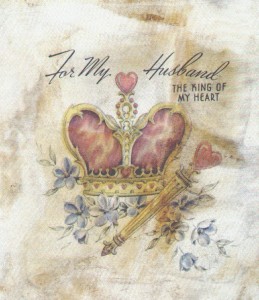 This well preserved piece of silk was found in a leather toiletry bag unearthed in reserve positions of the 3rd Battalion, 39th Infantry Regiment. The regiment was in position on the northern section of Elsenborn Ridge. Other than the piece of silk, the bag was empty but the former owner had left his laundry mark on the inside flap.
It read : M-8139
A match was immediately found in the team’s data base. The bag belonged to PFC Frank E. Moore – 36678139. Frank was a member of Company K, 39th Infantry Regiment. He was killed in action on December 23, 1944.