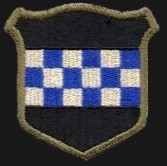 On January 11, 1945, V Corps sent a field order to the 99th Division. The division was to dispatch strong patrols to the front, providing diversionary cover for a V Corps attack in another sector.

For its part, the 394th Infantry was to conduct two raiding patrols into the Elsenbüchel forest on January 15. One of them would be drawn from Company B and led by 1/Lt Roger C. Lenihan.

At precisely 06:10 on January 15, Company D of the 86th Chemical Mortar Battalion would begin laying a smoke screen with their 4.2-inch mortars as preparatory barrage. Minutes later, at H-hour, the patrol would cross the line of departure, designated as Phase Line #1. From there the patrol would cross 900 yards of snow-covered terrain to Phase Line #2, the edge of the forest. Once there, the patrol would take up marching fire, proceed 600 yards to Phase Line #3 and then another 700 yards to their objective, a narrow foot bridge spanning a branch of Krae Creek. There, they would search and destroy enemy installations and hold until ordered to withdraw.

Well before H-hour, Lenihan’s patrol assembled at Phase Line #1, in front of Company A. The patrol consisted of thirty enlisted men, many of whom were newly arrived replacements. Two of Lenihan’s squad leaders were also replacement. Sgt John T. Puckett and Sgt Emanuel Rind had been in England with the 69th Infantry Division when in late December they were taken as replacements for the 99th Division, the two men had not met before December 14 when they were called for a pre-patrol briefing.

At H-Hour, the patrol moved out in an extended column in the pre-dawn darkness. It was a slow going through knee-deep snow with drift even deeper. Not far out the inexperience of new replacements began to show. Rather than maintaining regular intervals, they began to bunch up. The squad leaders worked rapidely to rectify the situation. Without warning, mortar shells began falling. They flashed in the darkness as they detonated. It was friendly fire – the smoke screen and artillery cover. The patrol neared Phase Line #2 at 06:54, some shells fell dangerously close and Lenihan’s radioman called Battalion to request that the mortar fire be lifted. He also reported flares of all colors coming from the enemy. Lenihan and his men entered the forest and proceeded toward their objective. As support squad, Sgt Rind positioned his men outside the forest along a row of fir trees. No Germans occupied the forest edge. They had pulled back to their main line of resistance for the night. In the forest, under the pale shifting light of German signal flares, Lenihan and his men kept up their marching fire. The patrol penetrated about 150 yards before suddenly encountering heavy small-arms fire. German machine guns fired down lanes cut through the forest. Within seconds the patrol was in a heated fire fight. 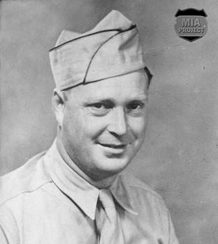 At 07:40, Lenihan radioed, “patrol in heavy small arms fire.” Those not pinned down kept moving. BAR man Earnest Brown returned fire. It was difficult to spot Germans. Many of them wore snow suits. The Americans were easier to spot, their OD jackets and brown pants stood out against the snow. Brown rose up on his knee to get a better shot. Just as he opened up, an enemy bullet struck his head. He reeled backwards from the impact and fell in the snow . He died on the spot. PFC Carl Combs grabbed the Brown’s BAR and remaining magazines. As he handed them to one of the remaining riflemen, he noticed that two Germans with a machine gun were attempting to move to the left flank. Without hesitation he raised his rifle and picked both Germans off. More Germans were coming from deeper in the forest. Clearly they were trying to envelop the patrol. Combs instructed the automatic rifleman to continue providing a base of fire while he and another man moved forward to stop the encirclement. Crawling under a torrent of enemy fire, Combs made his way to Lenihan who, with Sgt Doebler, was trying to silence a machine gun with a bazooka. 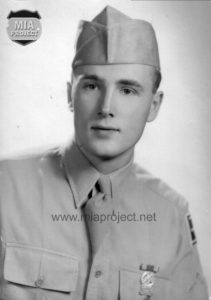 A few yards away, Sgt John Puckett and PFC Gene Lett lay in the snow using tree trunks for cover. After loading one of his last rifle clips, Lett looked over at Puckett. Puckett’s helmet had rolled off into the snow. He had taken a single bullet in the forehead.

At 08:20, Lenihan’s radio operator relayed the critical situation to battalion, and the patrol received permission to withdraw. One by one, Lenihan’s men began disengaging from the fire fight. They pulled back to the tree line where they found Sgt Rind. Lenihan told Rind to cover the withdrawal and then hightail to friendly lines. When the patrol finally reached friendly lines, a head count revealed two men (Brown and Puckett) killed and twelve men wounded. Sgt Rind was wounded by mortar fragments in the head, chest and legs as he was about to pull back. Despite the pain, he tried to reach friendly lines but his wounds finaly overcame him and he collapsed in the snow. He was later found half frozen by German soldiers and captured. It has been a costly operation.

By war’s end, the bodies of Brown and Puckett had not reached any cemetery. In December 1951, the two soldiers were officially listed as KIA-BNR (Killed in Action – Body Not Recovered).

The matter remained closed until June 25, 1992, when Jean-Louis Seel visited forest ranger Erich Hönen. The ranger reported that a lumberjack working in the Elsenbüchel forest had discovered human bones on the ground along with German equipment. Since there was no identification, the mayor and police had decided to bury the bones in a common grave at the Krinkelt cemetery. But that action had yet to take place. The forest ranger consented to search at the site, a search for dog tags using a metal detector.

On July 03, 1992, Seel and Speder joined the forest ranger and combed the site. There was indeed German equipment on the ground, and, while searching for more bones, the trio came across a two-man foxhole completely turned over by relic hunters. As they culled the dirt, a sizable collection of bones grew. Besides bones, shreds of a U.S. Army field jacket surfaced as did American buttons, empty M1 rifle clips, vestiges of a cartridge belt, and a couple empty BAR magazines. A set of sergeant’s stripes was found among the uniform shreds. It became apparent that the remains were not Germans but Americans. To complicate the matter, there were duplicate bones. The remains were not of one but two individuals.

The U.S. Army Memorial Affairs Activity Europe (USAMAA-E) responded to a call for assistance, and a four-man team traveled from Germany to the grave site. On July 21, 1992, Mike Tocchetti and his team cleared the site. No other significant artifacts surfaced at the site, and the team transported the remains back to Germany.

It seemed obvious that the remains were those of Brown and Puckett. The grave site was located exactly where the patrol was pinned down. And there were sergeant’s stripes and BAR magazines. However there were no dog tags or other identification media.

Bill Warnock authored a 100-page report. It included information drawn from wartime documents, veteran interviews, and also a study of the material evidence found at the site. The report was intended to aid the identification process.

Years rolled by with no word on the case. We knew that Tocchetti had sent the remains and artifacts to the Central Identification Laboratory in Hawaii (CILHI). This happened two months after the 1992 recovery. Despite Dick Byers’ repeated efforts to obtain information, CILHI remained silent about the case and would only offer evasive answers. John Puckett’s mother died in the late ‘80s. In 1995, Puckett’s older sister also passed away. Brown’s wife and children had all passed away. The last one in 1998! The administration will never give them a chance to bury their loved one.

In the spring of 2001, Seel and Speder met David Roath, the current director of USAMAA-E. Questions regarding Brown and Puckett arose, and Roath promised to investigate. Speder gave him an extra copy of Warnock’s report.

Roath learned that the remains were still in Hawaii. He also learned that workers there had cut small sections from several bones and forwarded them to the Armed Forces DNA Identification Laboratory (AFDIL). Scientists at that Maryland facility planned to extract mitochondrial DNA (mtDNA) from the material.

AFDIL also required “family reference samples” to compare with mtDNA extracted from the bones. Maternal relatives had to be located. Liz Tate at the U.S. Total Army Personnel Command located Brown’s family with little difficulty. She called upon a professional genealogist to locate Puckett’s family. Both families supplied DNA in 2001 and then waited for news. The wait dragged on and on, but positive matches eventually resulted. Brown and Puckett were officially identified on March 30, 2005.

During the wait, surprising news emerged. AFDIL found three mtDNA sequences among the bones, indicating three individuals, not two as previously thought. Who was the third person? 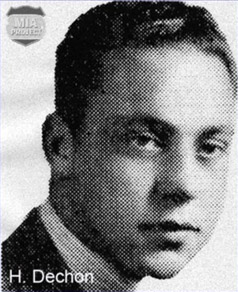 A process of elimination pointed toward two members of the 394th Infantry, both reported missing at about the same time and in the same area as Brown and Puckett. The two soldiers, Harold E. Dechon and William D. Cooper, became the focus of attention.

To help expedite matters, Vern Swanson hired a genealogist to locate the families of the two men. It took thirty-six hours to find them. Acting on this information, CILHI requested reference samples. AFDIL found a match. The third set of remains belonged to Harold Dechon of Company B, 394th. Harold died one week after Brown and Puckett while on a patrol.

The funeral for Earnest Brown ended with his burial at a Sharrett Cemetery in his hometown of Bristol, Virginia. The ceremony occurred on June 15, 2005. His sole surviving sibling, Reverend Paul Brown, attended. 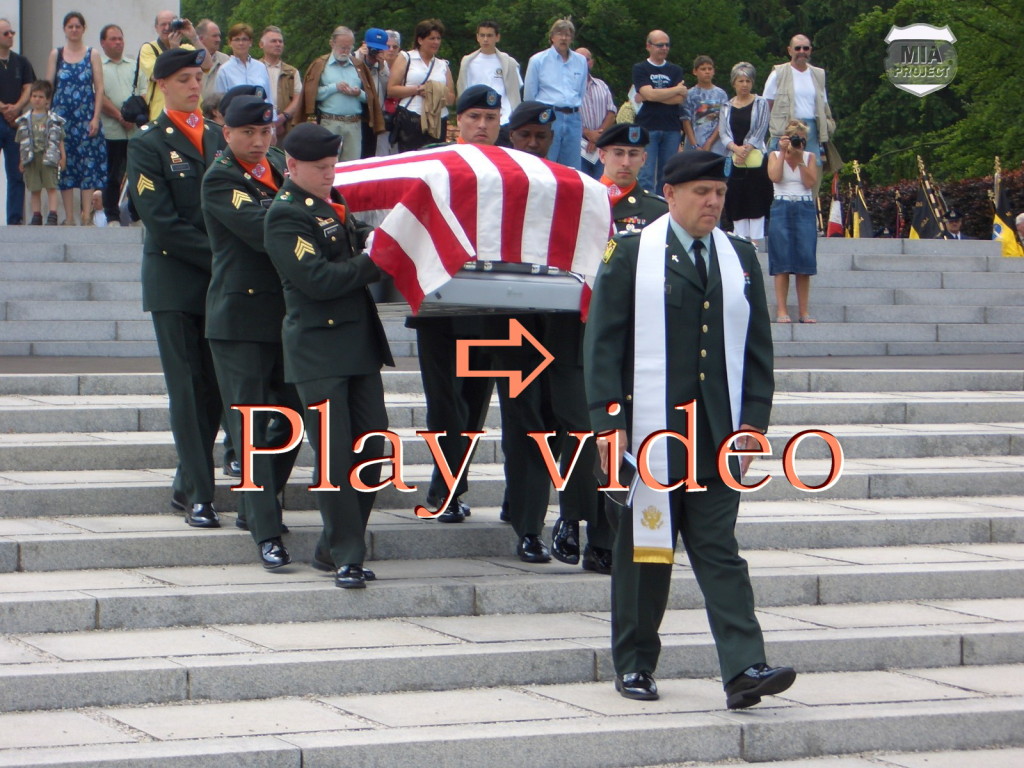 Joann Bowman, sister of John Puckett, decided to inter her brother in Belgium at the Ardennes American Cemetery. Thirteen years after the recovery, Puckett’s remains returned to Belgium. On June 18, 2005, the entire MIA Project team attended the funeral ceremony. Nearly 600 Belgian citizens attended, too. After the graveside service, Joann Bowman placed a bronze rosette beside her brother’s name on the Tablets of the Missing at the cemetery. The rosette indicated that Puckett was no longer among the missing. His long journey had finally ended after sixty years.