As part of the U.S. First Army’s V Corps, the newly arrived 99th Infantry Division held positions in a heavily forested sector east of Elsenborn, Belgium. In early December 1944, V Corps prepared to attack toward the Roer River dams. On December 10, Colonel Alexander Mackenzie, commander of the 395th Infantry, learned that his regiment would participate in the attack. The 2nd Infantry Division would spearhead the attack and capture an important strongpoint at Wahlerscheid crossroads and then continue to the dams.
Mackenzie’s orders were to proceed on a muddy forest trail known as Hasselpath which paralleled the march route of the 2nd Division. His regiment would then attack two hills, both part of the German Westwall defenses and both fortified with bunkers. The attack would begin on December 13. 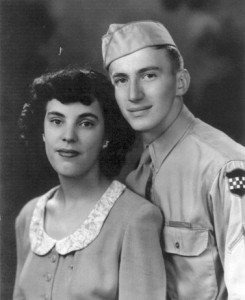 Saul Kokotovich was born on November 20, 1924. Third child of Serbian immigrants, Saul grew up in Gary, Indiana. After being drafted and scoring high on the army’s classification test, he joined the Army Specialized Training Program (ASTP). In March 1944, when the army curtailed the ASTP program, Saul transferred to Camp Maxey, Texas, where the 99th Division was in training. Just before going overseas, he married his longtime girlfriend, Martha, at Camp Maxey’s chapel. He was nineteen.

Once in Texas, Saul became acquainted with Jack Beckwith, also from the ASTP. Jack was born in LaMoure, North Dakota, on March 12, 1924. In early 1943, he entered the army and qualified for the ASTP. His hope to become an aviator disappeared upon his release from the program. He joined the 99th as a foot soldier at age twenty. 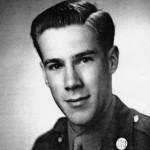 David Read’s life began on February 8, 1925. Like Saul and Jack, David’s high intelligence qualified him for the ASTP. His status as a “student-soldier” ended in March 1944 when the army radically reduced the ASTP to help offset a severe manpower shortage among combat units. David was reassigned to the 99th at Camp Maxey, Texas. He was nineteen.
David Read, Saul Kokotovich, and Jack Beckwith belonged to the 395th Infantry. David was a radio operator with Canon Company. Jack and Saul were BAR men in Company C. The trio participated in their regiment’s attack on the morning of December 13. The terrain was difficult and exhausting for David who lugged a twenty-pound radio on his back and also exhausting for Saul and Jack who each carried a thirty-pound Browning Automatic Rifle. The trek finally ended atop a hill where they attacked and captured a concrete bunker and several trenches.

German artillery and mortar fire was constant and heavy. Among the rain of incoming shells were “88” rounds. These were high-velocity shells from the legendary 8.8cm gun. If any weapon in the German arsenal most impressed the American soldier, it was the 88. To the GIs who occupied the hill, 88s turned their surroundings into the epicenter of Hell. They dubbed the place “88 Hill.”

During a lull in the battle, David left to fetch rations. On his way back, a German mortar shell ended his life. David was the first member of Cannon Company to die in combat.
The casualty rate ran high, not only from German artillery but also from the terrible winter conditions. Each morning, First Lieutenant Marcus Graeber, the First Battalion surgeon, made a four mile cross country expedition to a forward aid station on 88 Hill to treat the wounded. There was no road available, and evacuation was difficult and exhausting. Wounded had to be carried long distances, over rough terrain, to the Belgian side of the valley, where the main aid station stood. Walking wounded were left to their own. The dead could not be evacuated and were left next to the forward aid station for a later evacuation.
On 88 Hill, despite German small-arms fire, Company C had taken a few more bunkers and pillboxes. During the final hours of December 15, Sergeant Mike Gracenin learned that Saul had been injured. Concussion from a shell had shattered his internal organs, and he was bleeding to death. Gracenin scrambled to the hole and saw that nothing could be done. Also of Serbian origin, Gracenin gave him the last rites.

With daylight on December 16, mortar fire returned to 88 Hill. Jack Beckwith had departed his foxhole which he shared with Vernon Swanson. Many soldiers had trench foot. Beckwith had walked with other trench-foot sufferers to the aid station, only to hear that his swollen feet were not bad enough. He had to return to his foxhole since no replacements were available. The surgeon only relieved the most severe cases.

Swanson was standing in the foxhole when Beckwith returned. At that moment, there was a burst of flame and an explosion. The blast threw Swanson to the ground, and fragments tore into Beckwith. Jack’s left leg was smashed, and blood oozed from smoking holes in his abdomen and head. Swanson yelled for medics, but Jack was already dead. The medics covered his body with a poncho and brought him back to the forward aid station where David Read and Saul Kokotovich had been brought earlier.

Early on December 17, Colonel Mackenzie received orders to withdraw his regiment to avoid being cut off. Mackenzie’s troops began their retreat, leaving behind weapons and equipment not considered important. The weary troops trudged past an improvised cemetery on the reverse slope of 88 Hill. Several fresh mounds of earth denoted shallow graves, including those of David Read, Saul Kokotovich and Jack Beckwith.

By the summer of 1945, the war in Europe had ended. The army started a large operation to recover the remains of missing servicemen. This operation lasted until 1951 but failed to account for Read, Beckwith, and Kokotovich. The army closed their case files.

When the MIA Project began in 1990, two former members of Company C, Vernon Swanson and Byron Whitmarsh, immediately joined the effort. Both men had survived 88 Hill. They invested countless hours collecting information from old company buddies.
“Jack Beckwith was my foxhole buddy,” recalled Swanson. “We were out of the foxhole when an 88 shell landed between us. Jack was killed, and I was knocked down by the concussion. Saul Kokotovich was killed the night before by mortar or artillery fire.”

Robert Balmer of Company C added to the story. “Directly to my rear, about 100 to 150 feet was a graves area with, to the best of my remembrance, 4 or 5 fresh mounds of dirt with at least two M1 rifles sticking in the ground … There may have been a rifle for each grave, I don’t remember, but there were 4 or 5 mounds for sure.”
“The men were buried about 2-3 feet deep,” remembered Whitmarsh. “They were buried in their clothes and had at least one belt buckle on but no helmet. A dog tag should have been on the bodies.”

Meanwhile, Bill Warnock pursued archival documents and aerial photographs. In Beckwith’s individual deceased personnel file (IDPF) he found a crude map drawn in 1949 by Don Woolf, a Company C veteran. He had located the grave site near a triangular outcropping of spruce trees. Unfortunately his compass direction was wrong, and the army could make no sense of the map. However, to Warnock, it had meaning. With the help of a wartime aerial photo, he quickly reoriented the map and located the grave site on a modern map.

In February 1992, using Warnock’s map, Speder and Seel hiked to 88 Hill for the first time. They immediately found American combat shoes, an M1 rifle, and a few hand grenades exactly where Warnock had pinpointed the forward aid station. The site had remained almost untouched since the war. Combat material was everywhere, but no human remains surfaced. The Belgians conducted a careful search on the remote hill from 1992 to 1995, discovering many more artifacts but no graves. The team concluded that the bodies had probably been found after the war and buried as unknown soldiers at a U.S. military cemetery.

The team focused on other projects. Beckwith’s 93-year-old mother died in 1997. MIA Project leader Dick Byers passed away in March 2001.
Eighteen days after Byers died, Seel got alarming news. A local souvenir hunter had recovered a set of dog tags belonging to Beckwith. Afraid that Beckwith’s grave had been found and looted, Seel immediately drove to 88 Hill. He found no trace of fresh digging. The dog tags had been recovered elsewhere. Maybe it was time to resume searching on the hill. Seel went back on April 11, 2001. After a fruitless two hour search, he walked back to his car. Just a few feet from it, he unearthed a dog tag: David A. Read. 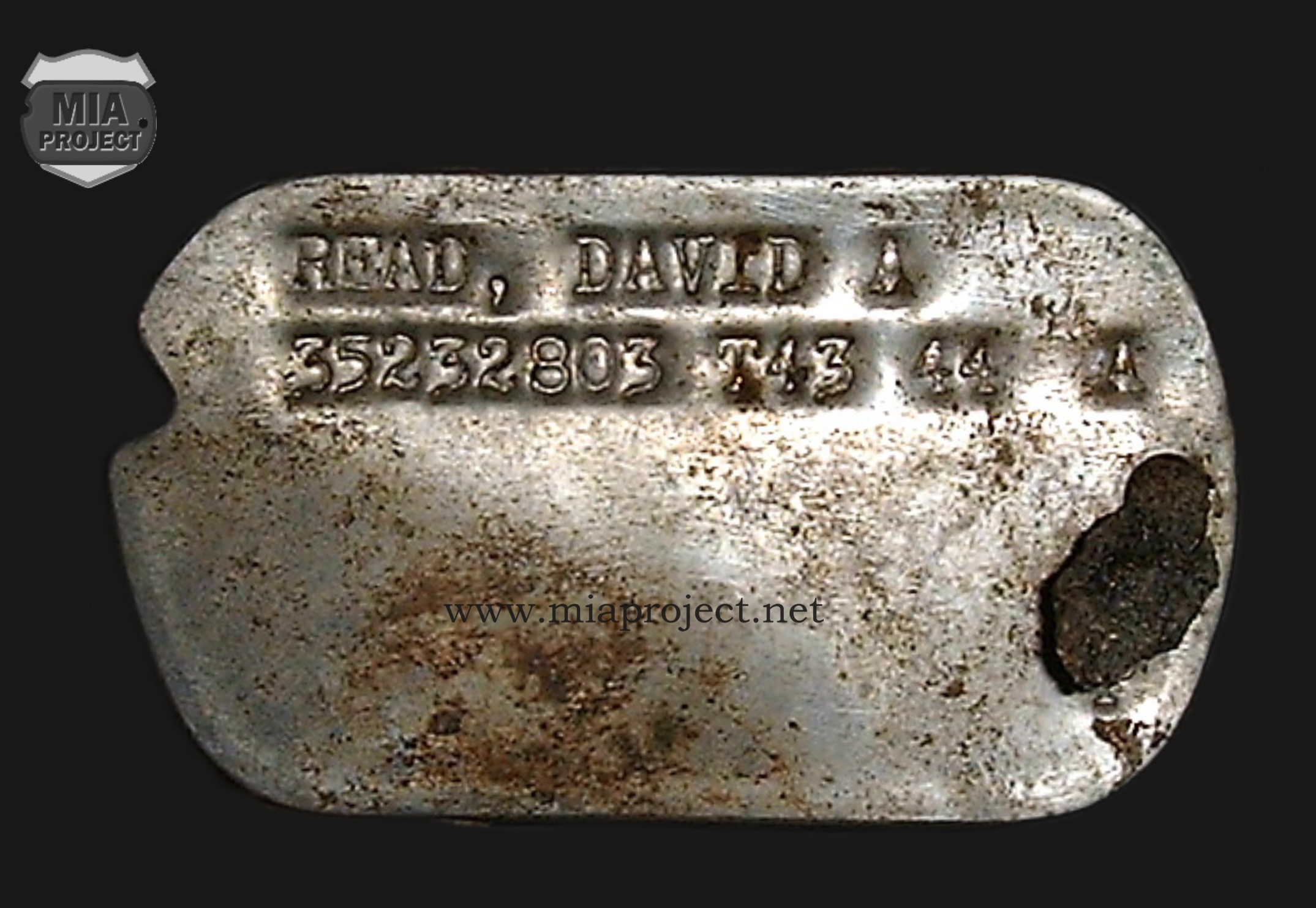 He telephoned Jean-Philippe Speder, and they immediately made plans to return as soon as possible. On April 17, Seel, Speder, and Marc Marique were on site and the three graves soon located. They were a mere thirty yards from the forward aid station searched in 1992. The excavation took two complete days. One dog tag was found on each soldier and a second one on the surface at the head of each grave, probably attached to a short stick to mark the grave at the time of burial. David Roath of the U.S. Army Memorial Affairs Activity-Europe was notified. Forest Ranger Hönen took possession of the three remains.

On May 14, a Memorial Affairs team arrived on site, set up a field lab, and re-excavated the site. Roath’s team bagged and tagged the remains and placed them in aluminum transfer cases. The three caskets were transferred to the chapel at the German military cemetery near the village of Hürtgen. On May 18, a fallen soldier ceremony occurred at the cemetery.
Following standard procedure, Roath transferred the remains to the Central Identification Laboratory-Hawaii for positive identification. Vern Swanson’s U.S. Congressman, Mark S. Kirk, and his representative, Roy Czajkowski, provided oversight throughout the identification process and until funeral arrangements had been finalized.

The Read family chose Arlington National cemetery as the final resting place for David. He was buried with full military honors on July 18, 2002.

The Beckwith and Kokotovich families opted for an overseas burial at the Henri-Chapelle American Cemetery in Belgium. Roath and a team from Memorial Affairs organized the funeral in co-operation with the cemetery superintendent, Gerald Arseneault. 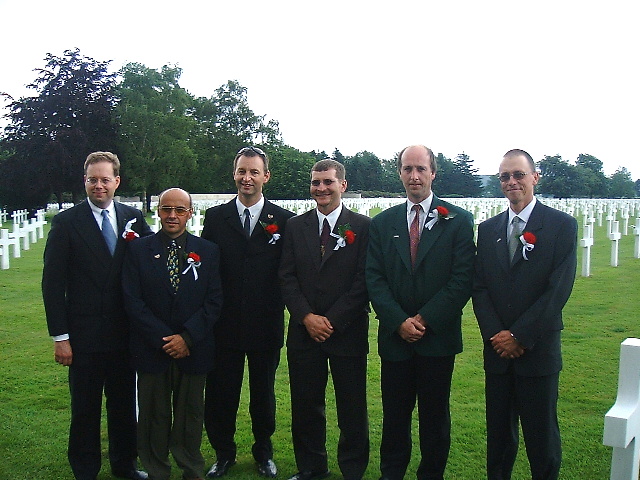 On June 22, 2002, hundreds of Belgians citizens and local patriotic associations filled Aubel’s Saint Hubert church. Swanson and Whitmarsh were in attendance. After the ceremony, part of the crowd accompanied the families and the fallen soldiers to the cemetery where a U.S. Army chaplain and honor guard conducted a graveside service. It ended with Taps and the presentation of folded flags to the families.

Days later, Seel, Speder, Swanson, Whitmarsh, and Warnock escorted the families to the recovery site on 88 Hill. They gathered near a wooden cross that a German forest ranger had erected in honor of the three soldiers. The stark little monument seemed the best memorial to the men.