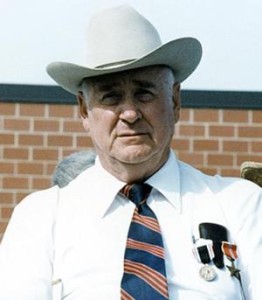 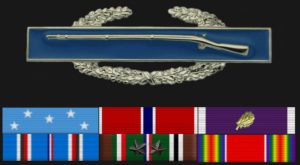 Icon of the 99th Infantry Division as the only Medal of Honor holder of the division, Vernon McGarity was born on December 1, 1921 and raised in the rural community of Right, Tennessee. At age seventeen he entered the Civilian Conservation Corps. His mother and brother moved to Henry County, and this was his residence until drafted into the U.S. Army on November 24, 1942. McGarity was assigned to the 99th Infantry Division and rose to Staff Sergeant before he reached Belgium in November 1944. He served as a squad leader with Company L, 393d Infantry Regiment. On December 16, 1944, he fell wounded by artillery fire when the Germans launched the counteroffensive that became known as the Battle of the Bulge. He received treatment and returned to his squad which had orders to hold a position deep in the vast spruce forest northeast of Rocherath, Belgium. The squad, under his leadership, held the position against repeated attacks by troops from the 12th SS Panzer Division. He rescued two wounded comrades, immobilized an armored vehicle with a bazooka rocket, replenished his squad’s ammunition under heavy fire, and destroyed a German machine gun. He and his men eventually exhausted their ammunition, whereupon the Germans overran the position and captured the Americans. The date was December 17. McGarity was a prisoner of war until April 1945 when 99th Division soldiers liberated Stalag VIIA 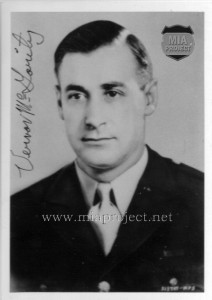 at Moosburg, Germany. The following month the commander of the 393rd Infantry recommended McGarity for the nation’s highest decoration, the Medal of Honor. The recommendation cited the Sergeant’s bravery and devotion to duty during the Battle of the Bulge. (See official citation) 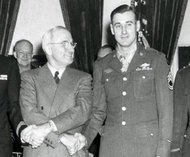 President Truman presented the medal on December 18, 1945, at the White House. McGarity was the only 99th Division to receive the medal. Now a Technical Sergeant, he joined the Tennessee Army National Guard on November 15, 1947, and retired as lieutenant colonel in 1974. He lived in Memphis, Tennessee, where he retired from the Veterans Administration. He married the former Ethelene Nunn in 1942. Their son Ray, daughter Sharron, and daughter-in-law Lee were teachers in the Memphis City School System. 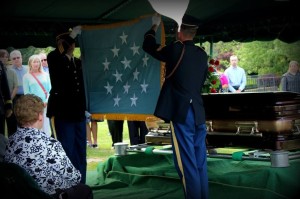 Member of 99th infantry Division Association, Vernon McGarity never attended conventions and seldom answered correspondences. The Medal of Honor recipient died of cancer in hospice care at age ninety-one on May 21, 2013. His remains were interred at Memorial Park Cemetery in Memphis.