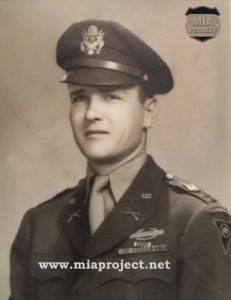 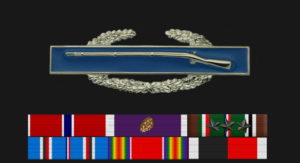 In the fall of 1940, YB enrolled at Texas A&M University and joined the Corps of Cadets. While many of his companions entered the ASTP, YB Johnson volunteered for the Officer Candidate School on January 28, 1943 and moved to Fort Benning, Georgia. 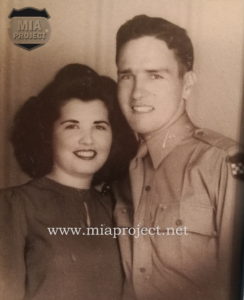 On June 5, 1943, he married his girlfriend Olene in Gainesville, Texas. Commisioned early 1944, the young 2Lt Johnson joined the 393rd Infantry Regiment at Camp Maxey, Paris, Texas and took command of the Ammunition and Pioneer platoon of the 1st Battalion. He fought all the way to VE Day being wounded twice in action. After the Battle of the Bulge, he took over the first HMG platoon of Co D until VE Day. He was transferred to the 83rd Infantry Division for occupation duties in Gallspach, Austria. Promoted to Captain, he was discharged and came home in April 1946. He returned to Texas A&M and finished schooling, earning a BS degree in Agriculture.

Y.B. taught vocational agriculture at Goldthwaite High School from 1947 to 1955. In 1955 he went to work for Blackwell Wool & Mohair still in Goldthwaite. In 1972 he took over the business which became Y. B. Johnson Wool & Mohair, which he operated until his unexpected death on February 3, 1979. From 1947 until his death in 1979 he also ranched and raised sheep, goats, and cattle. From 1957 to 1961 he was the mayor of Goldthwaite.