Read more about our search for 99th Division MIA’s in Bill Warnock’s masterpiece « The Dead of Winter ». 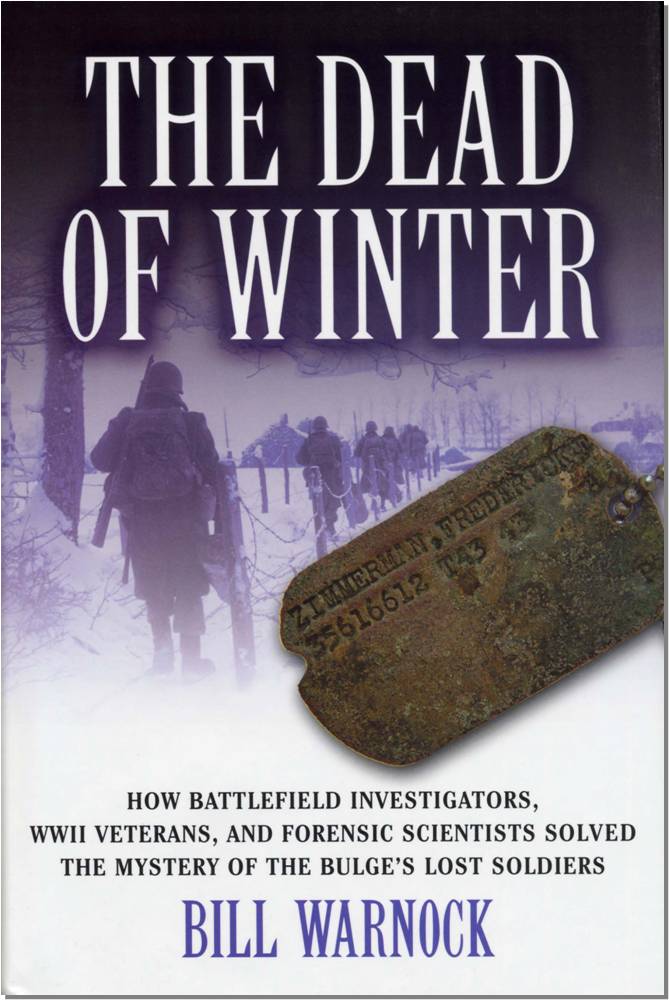 Half a century after World War II ended, a team of battlefield investigators collaborated with Battle of the Bulge veterans for one last mission: to return to the battle site and recover the lost remains of their brothers-in-arms, an undertaking rooted in the belief that all of America’s war dead should be accounted for, no matter how many years have passed.

« The Dead of Winter » chronicles the hunt of the MIA Project for eleven missing soldiers from the 99th Infantry Division who died in the vast spruce forests along the Belgian-German border. The search effort constitutes the narrative thread, interwoven with each soldier’s story, his boyhood, military life, the circumstances of his death, and the impact on those he left behind.

Dauntless – A history of the 99th Division by William C.C. Cavanagh.

Compiled with dozens of veterans accounts, maps, aerials, official reports and unpublished photographs. So far the most complete historical analysis of the 99th Division in WWII.

The Battle For The Twin Villages – by William C C Cavanagh

Very accurate account of the battles fought by the 99th Division in the forest east and sout-east of the twin villages and the ensuing bitter defence of the villages by the 2nd Division.

Up Front With Charlie Company – By Vernon E. Swanson.

Vern Swanson was a veteran of Company C of the 395th Infantry. Follow him in a day to day story of combat infantrymen throughout the Battle of the Bulge, the Cologne Plains and the crossing of the Danube.

Once Upon a Time in War by Robert Humphrey.

Author presents a stirring view of combat from the perspective of the common soldier. He personally retraced the path of the 99th through Belgium and Germany and conducted extensive interviews with more than 300 surviving veterans.

The Key To The Bulge – The battle for Losheimergraben by Steve Rusiecki.

Major Rusiecki tells the story of a pitched and decisive battle that unhinged the German plan for a swift and successful counteroffensive. A battle that was the key to the Battle of the Bulge and where a lone regiment of the 99th Division, the 394th, successfully defended a critical road intersection, the Losheimergraben Crossroads, for 36 hours.

The Longest Winter – by Alex Kershaw.

The story of the I&R platoon, 394th Infantry. Formation, training until its epic action at Lanzerath, Belgium, on December 16, 1944. 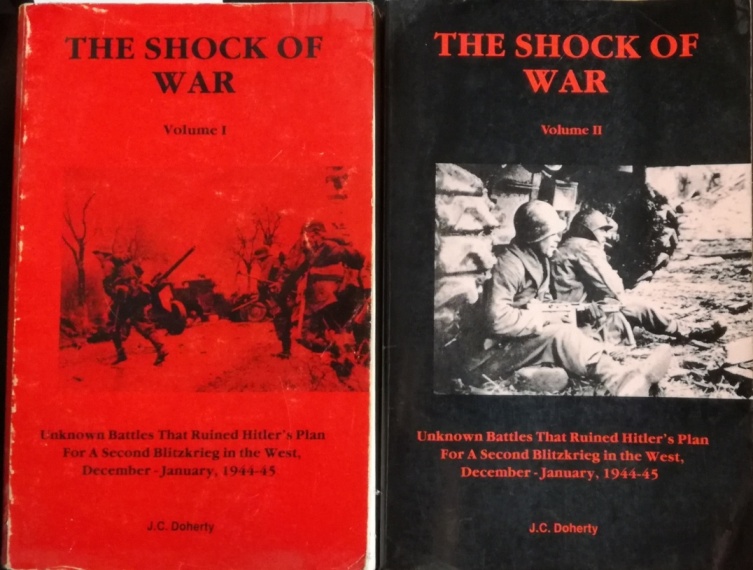 The Shock Of War (volume I & II) by JC Doherty

99th veteran J.C. Doherty revisits the Elsenborn battles in depth. Blood, gore, gunpowder and whenever possible in the words of the soldiers who fought in them.

My Odyssey Through History by Charles P. Roland

Former Operation Officier of the 3rd Battalion, 394th Infantry, Charly Roland shares his recollections and his experience as an officer in the infantry.

The author tells the story of 5th platoon, K Company, 394th Regiment, 99th Division–the first integrated combat unit since the Revolutionary War. These men were involved in heavy combat at the Remagen Bridgehead and several other critical junctures as they drove back the German army. The performance of these men laid to rest the accepted white attitude that blacks were cowardly and inferior fighters. In fact, they proved to be just the opposite.

George W. Neill served with a rifle platoon in the 99th Infantry Division. Now a seasoned journalist, he takes the reader into the foxholes to reveal how combat infantrymen lived and survived, what they thought, and how they fought.

This book offers an inside view of how life was for a WWII soldier. The author, infantryman in Company A, 394th Infantry, steps the reader through basic training to actual combat and the trip home.

Author was a combat veteran of Company I, 395th Infantry. He tells the story of the 3rd Battalion, 395th Infantry from the snow of the Battle of the Bulge to VE Day in Bavaria.